I, like many of you, have been using an oxygen cleaner instead of PBW for a while now to save some money. I also know that many of us do not use the proper amount of cleaning and sanitizing chemicals. I have recently had some great conversations with a representative from Five Star Chemicals that have been pretty eye opening. I expressed to her that many home brewers are like myself and we are cheap and don’t necessarily follow directions very well. She explained to me why the products are formulated the way they are and that using more than the recommended amount of any chemical is not beneficial. In addition, Five Star just recently introduced a new beer stone remover for home brewers cleverly called BS Remover. The representative was kind enough to send me some samples of PBW and BS Remover so I could see for myself what a difference proper use of these products could do.

I had to do some renovations on my keggles so I could use the BS Remover since it is too acidic to use on copper. I swapped out my homemade copper dip tubes in my boil kettle and hot liquor tank with compression fittings and stainless tubing from Brewers Hardware. I also took the opportunity to swap out my old economy ball valves with quick clean ball valves. See the gross inside of one of the old ball valves. 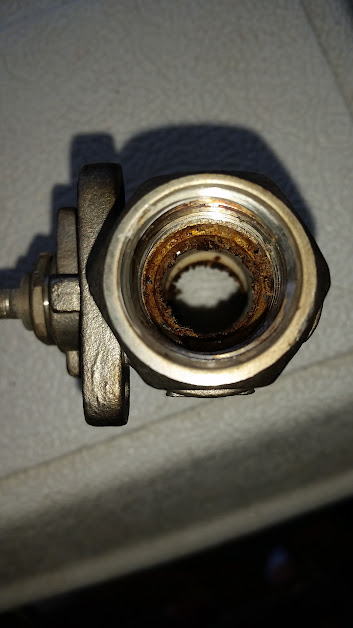 Now that my kettles were copper free, I cleaned them using PBW on my Mark’s Keg Washer and a CIP ball. Did you know that you only need 3/4 oz. of PBW per gallon of water? That’s not much. The keg washer basin holds 1.75 gallons of water, so I measured out the proper amount of PBW. The keggles had already been cleaned using oxygen cleaner after my last brew day, but the PBW still removed a bunch of soil. After rinsing the keggles with hot water, I was ready to try out the BS Remover at a rate of 1/2 oz. per gallon. The BS Remover helps remove that stubborn beer stone and re-passivates the stainless steel when you allow the surface to air dry after use. You can see the before and after pictures below as well as the amount of beer stone that was left in the bottom of the keg washer basin. 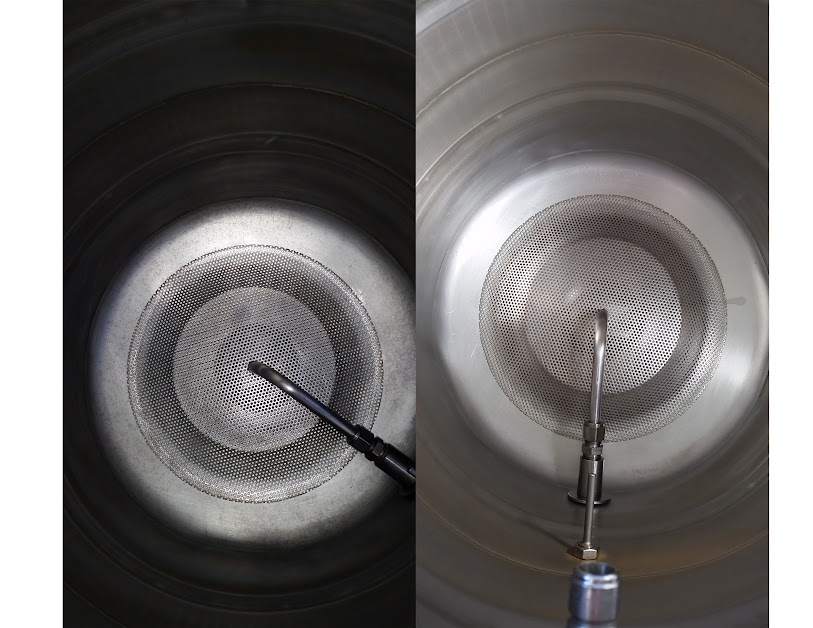 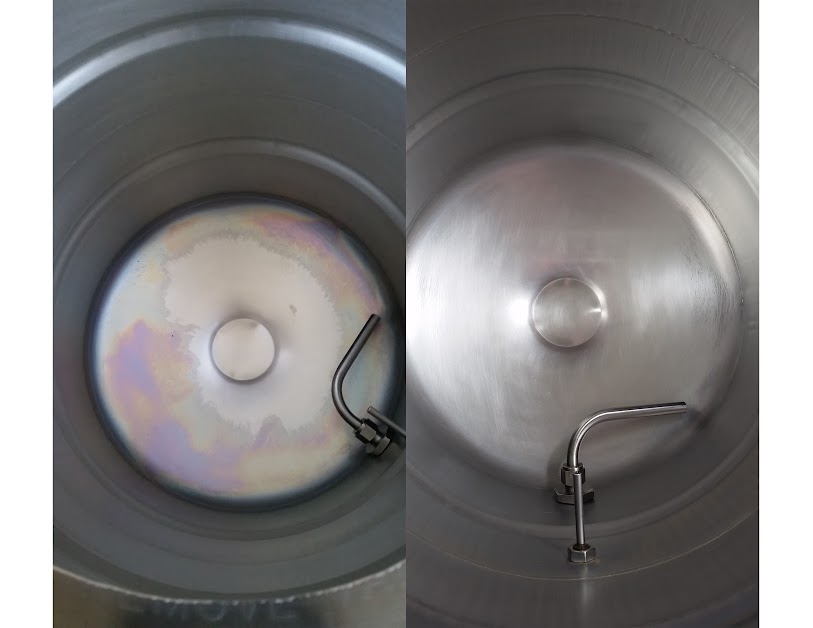 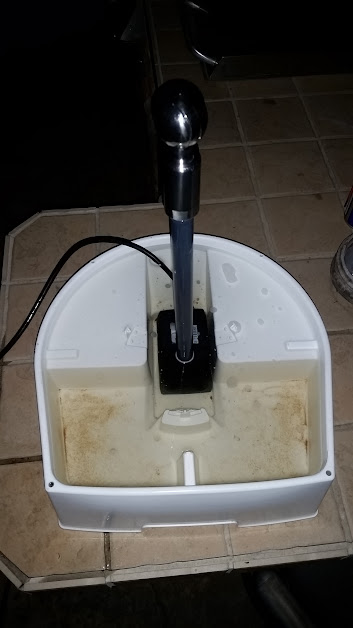 So, what did I learn from all this? First, it pays to be nice to the Five Star rep. Second, I will never be cheap again when it comes to my cleaning regimen.